While bus lanes are helpful in reducing traffic, minimizing road accidents, and speeding up public transport, the rules regarding permitted vehicles in these lanes vary according to specific days and times. Unfortunately, the signs and markings indicating these also differ from place to place.

Therefore, someone new to the city, commuting on a daily basis, may find these rules confusing, especially when it comes to motorcycles and bus lanes.

Can motorcycles use bus lanes?

Bus lanes have operational times, provided on blue information signs often at the entrance to the main road, during which only the specified vehicles can use them.

Permitted taxis, hire cars, special-purpose vehicles, and bicycles are generally allowed inside the solid white line, but motorcyclists have to go by the rules specified on each sign.

It is best not to assume that nearby bus lanes will have the same regulations and refer to the routes provided on most local authority websites. Outside of the operational timings, they are open to use by all vehicles, including motorcycles. There are also bus-only lanes which, as the name suggests, are restricted to buses only.

Is there a penalty for using bus lanes when prohibited?

Use of bus lanes, when not permitted, is usually subject to a penalty in various parts of the UK, but these too vary from city to city. Firstly, driving in a bus lane is a civil matter and, therefore, does not result in any points on one’s driving license.

Since TfL allows motorcycles on most red routes inside London, the fine for using a prohibited one is £160, but this is cut down if paid early. Outside of London, this amount is reduced to only £60, which can be further cut down to half if paid early.

However, if the fine isn’t paid for 28 days, it is further increased to £90. Drivers should also be aware that crossing the white line into a bus lane during traffic is a separate legal offense which is subject to 3 points on one’s driving license and a fine of £100.

In New York, stopping or driving in a bus lane during operational hours is subject to a fine ranging from $50 to $250.

Knowing about common bus lane markings can simplify navigating around a new city for all sorts of commuters. The following are the three common ones drivers encounter;

Often positioned right next to curbs, these lanes are separated from the roads with a red band next to a solid white line. Their operational hours stretch from 7 am to 7 pm, from Mondays to Saturdays. During these twelve hours, stopping or parking, making deliveries as well as driving in these bus lanes is illegal.

These lanes operate in a similar way within the same twelve hours from Monday to Saturday as kerbside bus lanes. However, they are marked off by red surfacing between two solid white lines and are placed one lane away from the curb.

These are more convenient as they free the curb for parking spaces, unloading and making deliveries, and catching cabs.

Usually located outside or away from city centers, arterial route bus lanes are indicated by solid white lines without colored surfacing. Their peak operational hours are from 7:30 am to 9:30 am and 3:30 pm to 6:00 pm, Monday to Friday.

Permitted vehicles are indicated on signs placed near the start of these lanes.

What are other bus lane rules that commuters should be aware of?

1. Drivers are allowed to use bus lanes to make turns to cross onto other streets unless there are red arrows forbidding them.

2. One can cross an offset bus lane to occupy a parking space but waiting in a lane for a vacancy is an offense.

3. Deliveries or drop-offs of goods should be made only during the permitted hours or when the lanes are not in effect.

4. Cross streets and curbs opposite bus lanes are suitable places for hailing taxis, pick-ups, and drop-offs.

5. Signs are often placed where bus lane cameras are present to detect violations, but it is best to be vigilant at all times.

What other lanes cannot be used by motorcyclists?

Motorcyclists should not use the following lanes at any time to avoid penalties, fines as well as serious accidents and injuries;

These are paths on the road reserved for pedal cycles and are usually denoted by a broken or solid white line. Motorcycles may ride on the broken line to avoid traffic, but paths separated by a solid white line are prohibited. 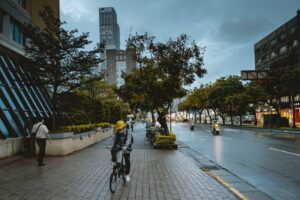 Pavements or footpaths, as they are often called, are mostly meant for pedestrians. Some pavements do allow parking, but motorcyclists should remember to look for the permitted parking sign first.

These special lanes are designated to use by authorized buses and service vehicles (like forklifts and delivery trucks). Therefore no other vehicles are allowed in them.

Can motorcycles filter through traffic?

Filtering refers to moving through stationary traffic, be it to one’s left or right or in between lanes. On motorways and dual carriageways, motorcyclists can filter at high speeds as long as the path is clear ahead.

It is also legal for motorcyclists to move through slow-moving or stationary traffic while keeping their and others’ safety in consideration.

This means that a speed limit of 30 km/h should be maintained when switching lanes to avoid catching your local authorities’ attention, along with a large fine and three demerit points on your license.

It is important to take note of signs and markings when driving, especially near bus lanes, since prohibited and permitted zones are usually signposted. These can also help differentiate between bus-only streets (where no vehicles can drive during the hours they are in effect) and bus lanes.

Local authority websites provide all information needed to navigate a certain area in the form of road maps, traffic updates, rules and regulations, penalties, and fines. 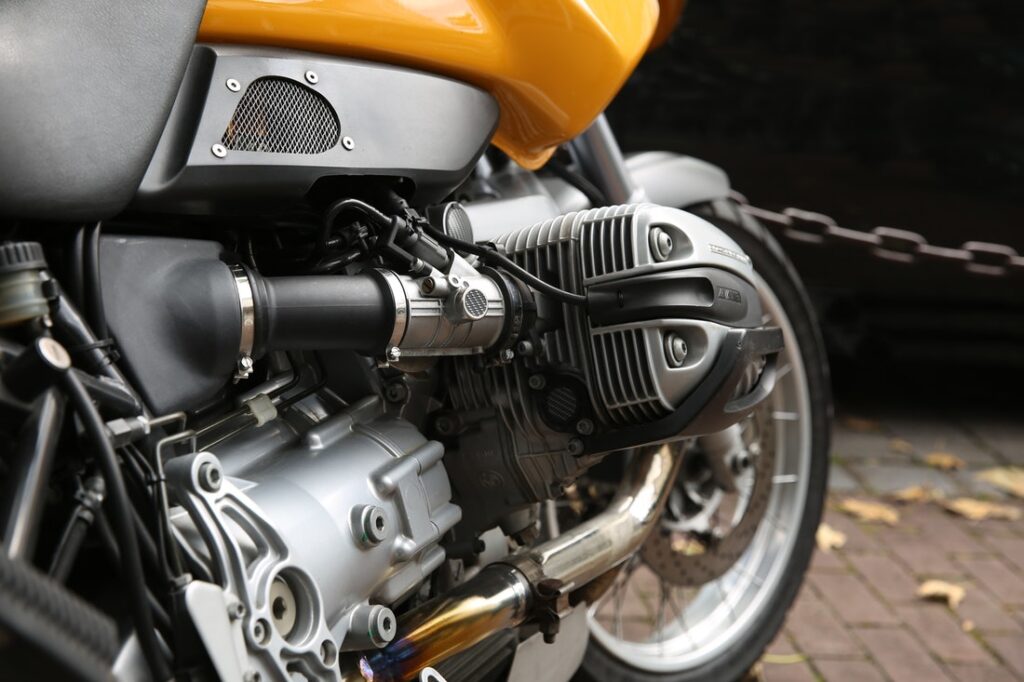 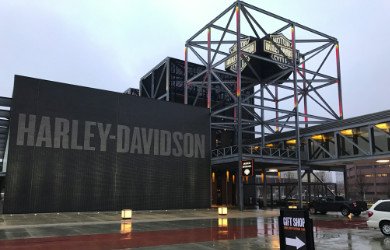 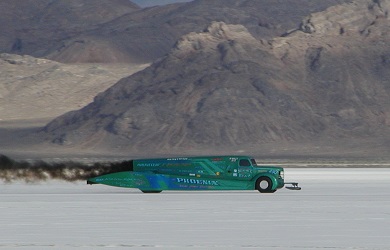 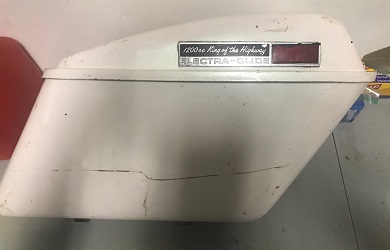