The American brand, Harley Davidson, absolutely kills it every time they make a motorcycle. The bikes they make have everything from reliability, to comfort, and drivability. It’s unbelievable, isn’t it?

Well, if that has you sold, do not even get us started on the exquisite sound Harley bikes produce. Imagine a well-composed symphony at the mercy of the throttle, instead of a seasoned chief conductor. Put that on two wheels and you have a Harley Davidson.

The love for Harley motorcycles and specifically their tourers has no bounds. But the American brand makes more than one touring bike. Which one is better?  Does the Road King rule the streets, or is it the Street Glide that takes dominion?

These questions are difficult to answer off the top of your head. But a deep analysis and comparison of the two motorbikes can help conclude.

So, without further ado, here are the two bikes head to head with each other.

The 2022 Harley – Davidson Road King has the Milwaukee – Eight 107 engine. It is the same engine found in the older models of the same bike and thus the displacement is the same 1,745 cc. The torque is 111 lb-ft, which comes to life at 3,250 rpm.  Interestingly, the compression ratio is 10.0:1, which makes this Harley fuel-efficient.

On the other end of the spectrum is the Street Glide, and it also comes with a Milwaukee-Eight 107-type engine. The new motor was introduced back in the 2020 model. Now both the Street Glide and the Road King are on par with each other on this front.

The engines on both motorbikes have 2-cylinders with four valves. The air-cooling system is also shared between the two bikes, along with a DOHC setup. 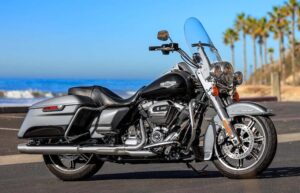 The length of both motorbikes is the same at 96.5 inches or 2450 millimeters.
But there is a slight difference in seat height, in that the Road King takes the cake as it is marginally higher.

The story in the rear is the same for both bikes. The tires on the rear have the same specifications. Pretty much everything else concerning the tires is the same, except the rims.

On the right side, the Street Glide is heavier than the Road King by 2 pounds. That kind of weight is almost negligible, especially when you are talking about touring motorcycles.

The gauges, meters, and other gadgets are similar on both motorbikes. The only difference is the addition of fog lights in the Road King model. The 26-watt halogen lights are an extra feature on the Road King.

The Street Glide has a Boom Box 4.3 infotainment system, with a 4.3-inch standard (6.5-inch optional) color screen. You also get a headset option, along with AM, FM, Bluetooth, SD Card, Flash Drive, and MP3 capabilities. The sound from all of these goes to the two speakers.

What’s more, you get a ton of languages supported, with voice recognition, text-to-speech, and vehicle information menu as standard. 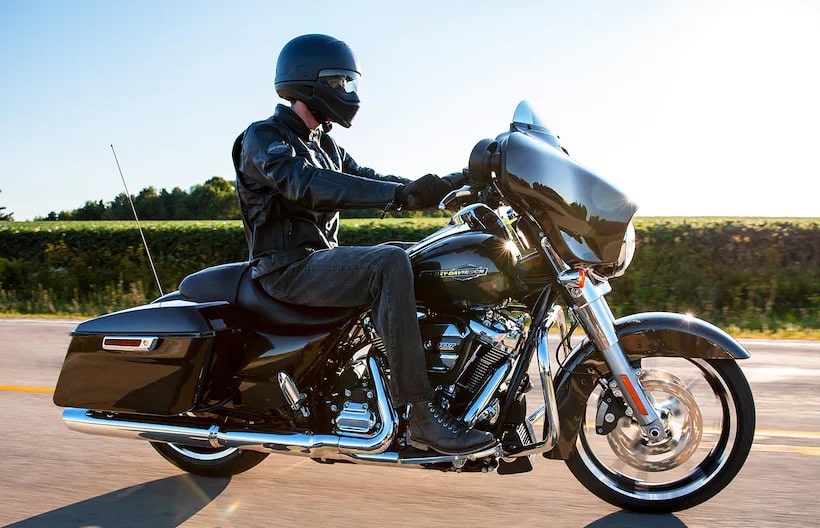 The 2022 Road King and the 2022 Street Glide are almost identical in terms of specifications. The major difference is in their looks. The Harley Davidson Street Glide has a more slammed custom look, whereas the Road King is meant to conquer the road. On top of that, there is the infotainment feature on the Street Glide.

The system alone raises the price of the Street Glide and it perhaps makes the bike more geared towards street driving and short trips. The Road King, on the other hand, is as raw as a touring bike could be. It has all the ingredients you need for a long road trip through the country.

So, if you want to impress others with a slammed modern look, while enjoying some tunes at the same time, go for the Street Glide.

On the other hand, if touring is a serious hobby and you are looking for a bike that is more practical for such an endeavor, then the Harley Davidson Road King is for you.

motorcycle enthusiast and editor at happywrench.com

This site uses Akismet to reduce spam. Learn how your comment data is processed.