Obviously, the goal of this site is to help as many people as possible with their DIY motorcycle repair projects.  Unfortunately, there are millions of bikes out there in almost every shape and size.  In order to tailor my content, I wanted to answer the question: “what are the most common motorcycles on the road?” 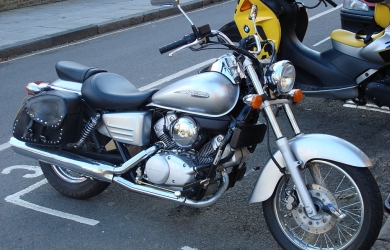 Google and the internet have a lot of opinions about the “most popular” and “hottest new” bikes out there, but that information is sort of useless to the happy little wrench.  It doesn’t consider the decades and decades of motorcycles already out there, sitting in peoples’ garages!  In other words, in order to answer my question, I would have to come up with the answer myself.

Now, in an ideal world, DMV registration data would probably be the best.  This would tell me how many motorcycles are out there by make and model (and probably still running).  Unfortunately, this data is not readily available to the public.

So, here is what I did to come up with my list of the most common motorcycles on the road:

Sure, my answer isn’t perfect, but it at least gives a little insight into the issue.

The results are below.

There you have it folks – my list of the most common motorcycles on the road.

As you can see, the results have a lot of consistencies and ring true with expectation.  Honda’s and Harley’s dominate the road.  Shadows are everywhere, particularly the 750cc variety, and even though maybe not the most “popular” Harley, there is no denying the fact that there are a lot of Sportsters out there.

P.S. I hope nobody takes offense at their bike being listed as “common.”  I have owned many of the bikes near the top of the list, including two Honda Shadows and one Honda VTX.  They are great machines.